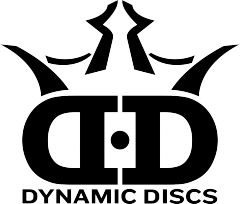 EMPORIA, KAN. – The Emporia Area Chamber and Visitors Bureau is pleased to announce that Dynamic Discs has been named the 2017 Business of the Year.

Dynamic Discs started in 2005 as Jeremy Rusco’s college based eBay hobby while he attended Emporia State University. Rusco had no dreams of it being anything other than a hobby that was going to sell a couple discs a week. Over the next several years, it was evident that Dynamic Discs could become more than a hobby. In 2007 the first unofficial, part time employees were hired and paid in disc golf merchandise. These employees are still with Dynamic Discs today.

In 2010 the business was moved out of Rusco’s house and into a rental space. Less than a year later, they moved to 912 Commercial Street, where the Dynamic Discs retail location is operated. In December 2012 Dynamic Discs partnered up with Latitude 64 to produce golf discs. Dynamic Distribution formed in October 2013 and the warehouse opened which created even more opportunity.

Each year the Chamber puts out the call for all Chamber members to fill out and submit the Business of the Year Nomination Form. Upon those businesses submitted to the Chamber office, the nominated businesses are sent a Request for Information Fact Sheet asking for information such as: a brief history of the nominee’s business and how it has evolved, a brief explanation of the nominee’s business philosophy and reasons for success and a listing of community, civic, professional, business, religious, social, athletic and any other organization in which they have been or are a current member of among a few other questions.

The formal announcement of the 2017 Business of the Year recipient, Dynamic Discs, will be at the Emporia Area Chamber’s 121st Annual Meeting on Friday, January 26, 2018. The same evening awards will be given to the Volunteer of the Year, Committee of the Year and for Lifetime Achievement.